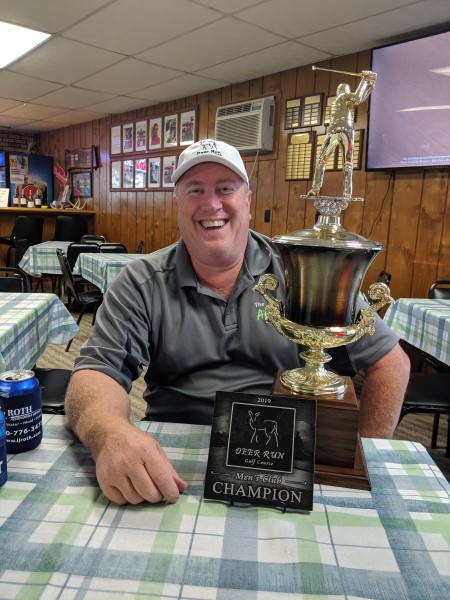 The Club Championships were held at Deer Run on Friday Saturday and Sunday September 27-29. The Senior division was an 18-hole event held on Friday and won by John Filkins with Jim Swank finishing second.

The Youth division, a 9-hole event this year, saw Wade Gooding winning the Boy’s division and Bliss Martin winning the Girl’s division.  Wade participated in the 2019 Tri-State Junior Golf Tour during the golfing season and Bliss missed qualifying for the IHSA State Tournament Finals by just 1 stroke.  She was the only West Hancock H.S. lady Titan to advance that far in the State Golf Tournament.  Congrats to both Wade and to Bliss.

The Women's division this year was an 18-hole Sunday afternoon event while the Men's division remained a 2 day 36-hole event.

Rumble On The River

On Sunday August 18, 2019 the Rumble on the River Inter-club Championship was held between Deer Run, Hamilton IL and the Elks Club, Keokuk Iowa. A 27-hole Ryder Cup format with 2-man teams for the alternate shot and the scramble (first 18 holes), the event is then concluded with 9 hole individual matches between all 18 team members.

The Elks at home took the cup this year from Deer Run by a point score of 24 to 12. Pictured are the Deer Run & Elks teams and the exchange of the cup between captain’s Dan VanArsdale, Deer Run & Ryan Cook & Wayne Lobeshimer. 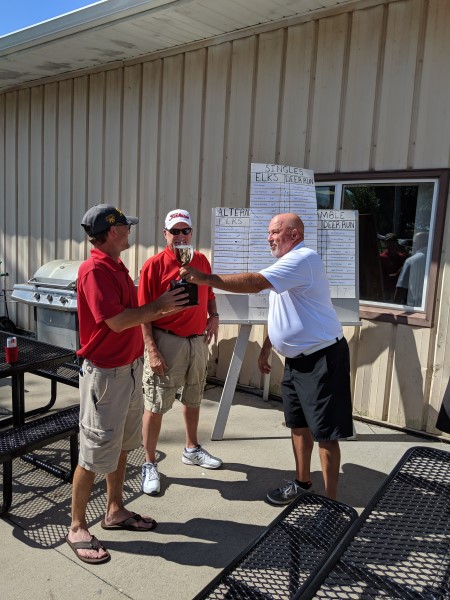 Congrats to all participants!

The 2020 Inter-club Championship between Deer Run and the Elks Lodge will be held Sunday August 16th at Deer Run.  The selection dinner will be the Friday evening before at the Krooked Antler. 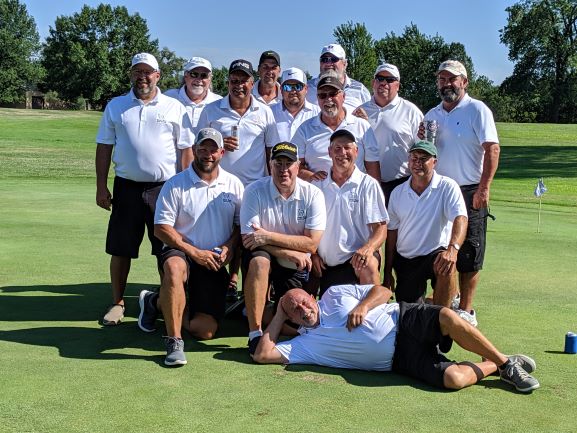 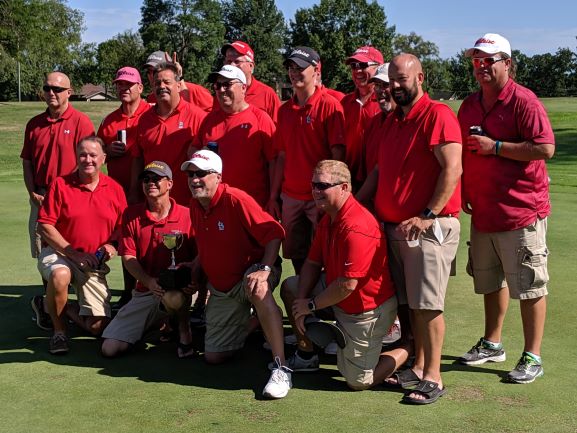